Since Rio Tinto’s destruction of the 46,000-year-old Juukan Gorge caves in the Pilbara, the NNTC has been increasing advocacy and lobbying efforts on behalf of Traditional Owners. The NNTC is calling for legislative reform from the Commonwealth, state and territories, and we’re also calling for the mining sector to review and overhaul their Indigenous agreement-making processes.

The NNTC has worked with the Heritage Chairs and Officials of Australia and New Zealand (HCOANZ), who have developed best practice national standards (National Standards) in Indigenous cultural heritage legislation.

The NNTC recognises that existing Indigenous cultural heritage laws, both federally and across the states and territories, are inadequate to protect cultural heritage. In many respects, they preference the interests of industry, disempower Traditional Owners, and entrench the enormous power imbalances between Traditional Owners and mining companies. The recent destruction of the 46,000-year-old caves at Juukan Gorge in the Pilbara, Western Australia against the wishes of Traditional Owners, the PKKP, has put on spotlight on the urgent need for legislative reform, particularly at the Commonwealth level.

The NNTC is calling on the Commonwealth Government to adopt the National Standards – which are based on the principles of self-determination and the human rights standard of free, prior and informed consent, outlined by the United Nations Declaration on the Rights of Indigenous Peoples (UNDRIP), as endorsed by Australia.

We are also calling for the states and territories to undergo review of existing cultural heritage legislation to ensure Traditional Owners are given fairer decision-making power to protect and manage their cultural heritage.

Additionally, the NNTC is urging the mining industry to become best practice leaders in agreement-making with Traditional Owners.

Read more about HCOANZ’s Dhawura Ngilan: A vision for Aboriginal and Torres Strait Islander heritage in Australia and the Best Practice Standards in Indigenous cultural heritage management and legislation.

See HCOANZ’s Placemat for the Vision and Best Practice Standards.

On 17 June 2020, Aboriginal leaders called a National Crisis Meeting in response to Rio Tinto’s destruction of a 46,000+ year-old sacred heritage site at Juukan Gorge in the Western Pilbara. Following that meeting, the First Nations Heritage Protection Alliance was formed.

The Alliance has vowed to pursue national reform to prevent the further destruction of cultural heritage, recognising that governments from across the political spectrum have repeatedly failed to protect the unique heritage of the world’s oldest surviving cultures.

The First Nations Heritage Protection Alliance will act as a network allowing Traditional Owners to alert one another when their sacred heritage is under threat, and to take national action.

The following organisations are members:

The NNTC has partnered with the Victorian Aboriginal Heritage Council and the University of Melbourne to host the Indigenous Cultural Heritage Conference 2020 (ICHC).

ICHC2020 is a chance for Traditional Owners and their allies to discuss ideas and strategies for ‘Taking Control” of their cultural heritage. Featuring international speakers and a fantastic range of panellists, ICHC2020 is not to be missed!

For more information and to register: ichc2020.com.au

Closing the Gap – Coalition of Peaks

The NNTC is a member of the Coalition of Peaks, a representative body comprised of approximately 50 Aboriginal and Torres Strait Islander peak organisations which is working with Australian governments to co-design the new National Agreement on Closing the Gap.

Launched in 2008, Closing the Gap aims to improve the lives of Aboriginal and Torres Strait Islander peoples through reducing inequalities in areas such as life expectancy, mortality, education and employment. More than a decade on, many of these targets have not been met.

In March 2019, the Council of Australian Governments (COAG) entered into a partnership with the National Coalition of Aboriginal and Torres Strait Islander Peak Organisations (Coalition of Peaks or CoP) to develop a new framework for Closing the Gap.

As the peak body for the native title sector, the NNTC represents the interests and views of Traditional Owners and native title holders, to ensure their voices are captured in the new Closing the Gap framework.

The partnership between COAG and the CoP is significant as it allows Aboriginal and Torres Strait Islander peoples to co-design the new framework for the first time.

Read more about the Coalition of Peaks. 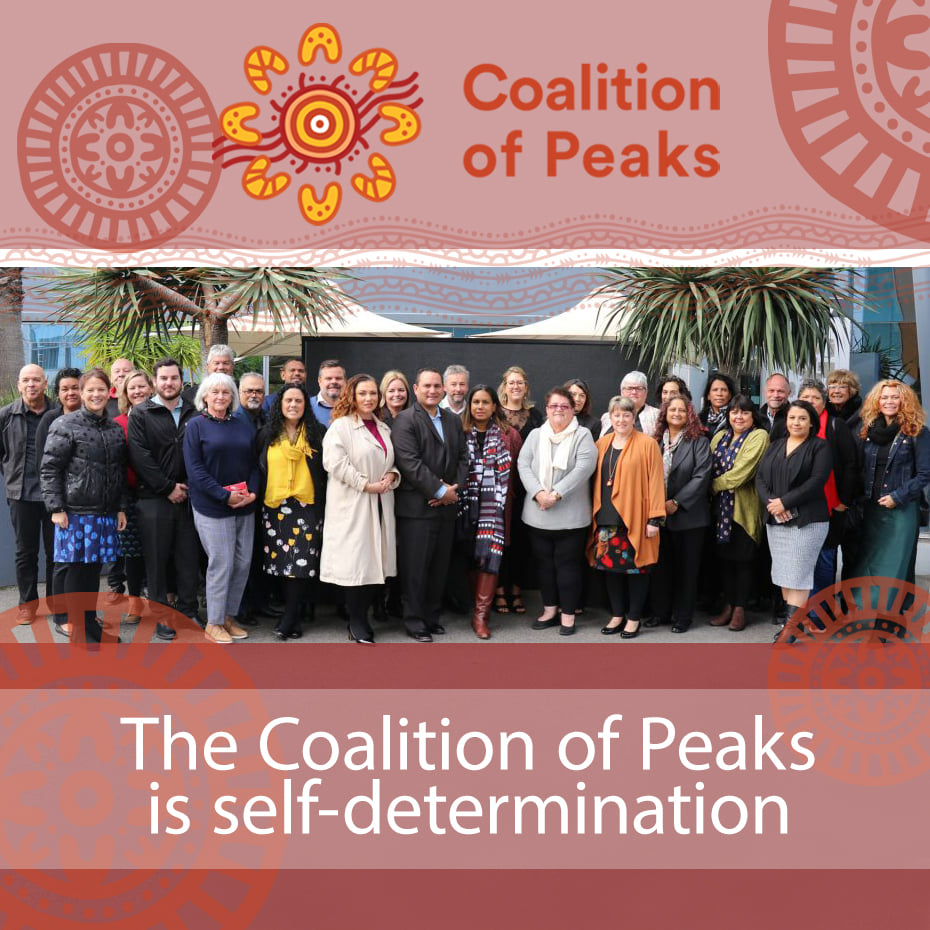 While Treaty is a key land rights issue, it intersects with many social and economic issues impacting the ability of First Nations peoples to benefit economically, socially and culturally from their traditional lands and waters.

Currently, Australia is the only Commonwealth country without a Treaty with its First Nations peoples. While many treaty-like agreements exist in Australia – such as those derived through native title – there is growing momentum to establish formal treaties, particularly across the states and territories.

There are many benefits to establishing a Treaty or treaties. Some of these include creating structures for some level of self-governance and decision-making processes; a formalised recognition of Indigenous sovereignty; funding for Indigenous-led community services; and a platform for truth-telling about historical injustices. While these may have positive socioeconomic effects – ensuring public funding is more efficient – these outcomes could also have a less tangible, but equally important impact on healing the relationship between Indigenous and non-Indigenous Australians.

Queensland, the Northern Territory and Victoria are all in varying stages of developing frameworks towards state-based treaties. The NNTC’s Chief Executive, Jamie Lowe, is an elected representative on the historic First Peoples Assembly of Victoria, representing the Eastern Maar Aboriginal Corporation.

The NNTC is a co-organising partner for the National Treaties Summit (postponed until 2021), along with Australians for Native Title and Reconciliation (ANTaR) and Melbourne Law School. The National Treaties Summit will be held in Melbourne in 2021 as a landmark gathering to discuss the possibilities and pathway to Treaty. Find out more here: www.nationaltreatiessummit.com.au