Likewise, industry agreement-making practices are often poorly lacking. This was exemplified in May 2020 when mining company Rio Tinto destroyed the 46,000-year-old Juukan Gorge caves in the Western Pilbara against the express wishes of the Traditional Owners. Since that catastrophe, we’ve stepped up our advocacy and lobbying efforts to call for urgent reform.

The NNTC has worked with the Heritage Chairs and Officials of Australia and New Zealand (HCOANZ), who have developed best practice national standards (National Standards) in Indigenous cultural heritage legislation.

The NNTC recognises that existing Indigenous cultural heritage laws, both federally and across the states and territories, are inadequate to protect cultural heritage. In many respects, they preference the interests of industry, disempower Traditional Owners, and entrench the enormous power imbalances between Traditional Owners and mining companies. The recent destruction of the 46,000-year-old caves at Juukan Gorge in the Pilbara, Western Australia against the wishes of Traditional Owners, the PKKP, has put on spotlight on the urgent need for legislative reform, particularly at the Commonwealth level.

The NNTC is calling on the Commonwealth Government to adopt the National Standards – which are based on the principles of self-determination and the human rights standard of free, prior and informed consent, outlined by the United Nations Declaration on the Rights of Indigenous Peoples (UNDRIP), as endorsed by Australia.

We are also calling for the states and territories to undergo review of existing cultural heritage legislation to ensure Traditional Owners are given fairer decision-making power to protect and manage their cultural heritage.

Additionally, the NNTC is urging the mining industry to become best practice leaders in agreement-making with Traditional Owners.

Read more about HCOANZ’s Dhawura Ngilan: A vision for Aboriginal and Torres Strait Islander heritage in Australia and the Best Practice Standards in Indigenous cultural heritage management and legislation.

See HCOANZ’s Placemat for the Vision and Best Practice Standards.

On 17 June 2020, Aboriginal leaders called a National Crisis Meeting in response to Rio Tinto’s destruction of a 46,000+ year-old sacred heritage site at Juukan Gorge in the Western Pilbara. Following that meeting, the First Nations Heritage Protection Alliance was formed.

The Alliance has vowed to pursue national reform to prevent the further destruction of cultural heritage, recognising that governments from across the political spectrum have repeatedly failed to protect the unique heritage of the world’s oldest surviving cultures.

The First Nations Heritage Protection Alliance will act as a network allowing Traditional Owners to alert one another when their sacred heritage is under threat, and to take national action.

The following organisations are members:

The NNTC has partnered with the Victorian Aboriginal Heritage Council and the University of Melbourne to host the Indigenous Cultural Heritage Conference 2020(ICHC).

ICHC2020 is a chance for Traditional Owners and their allies to discuss ideas and strategies for ‘Taking Control” of their cultural heritage. Featuring international speakers and a fantastic range of panellists, ICHC2020 is not to be missed!

For more information and to register: ichc2020.com.au 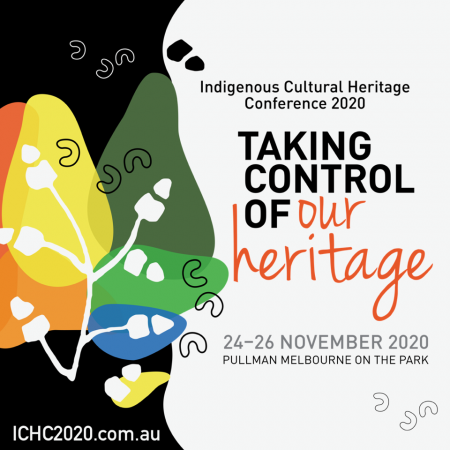