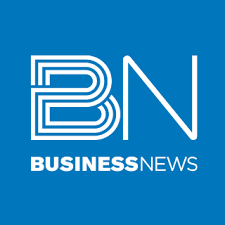 Article by AAP and Business News

The bill passed without amendments in the Legislative Council last night, after being introduced to state parliament in November and sailing through the lower house within a matter of days.

The National Native Title Council has condemned the passage of the bill, noting it was not co-designed with the input of traditional owners.

NNTC chief executive and Gundjitmara Djabwurrung man Jamie Lowe said the bill did not make traditional owners the decision-makers in the protection and management of their cultural heritage.

“If you want to change a history of heritage destruction to a future of heritage protection, Aboriginal people must have an independent right of review for ministerial decisions, with genuine power to make decisions about heritage sites,” he said.

Similarly, Yamatji Marlpa co-chair Peter Windie slammed the government over the bill, which he said was disappointing but not unexpected.

“We asked the state government not to rush this bill through,” he said.

“We asked them for the chance for us to co-create a new law that all stakeholders could work with.

“They didn’t provide us with any meaningful opportunities to do any of that, so we’re forced to adapt again.”

Even though Mr Windie said traditional owners felt “very disrespected”, he said they were still eager to lead the process of a co-designed framework and the implementation of the new law.

Federal Liberal MP Warren Entsch, who chaired a parliamentary inquiry into the destruction of the Juukan Gorge, has warned the laws don’t give Indigenous people an avenue to stop abuses of ministerial power.

“The reality is while it certainly goes some way to addressing the deficiencies in the current (law) it falls far short of the reforms that were advocated in our (inquiry) recommendations,” he told the ABC on Tuesday.

The state opposition has also criticised the bill, with aboriginal affairs spokesperson Vince Catania calling for in-depth consultation during the development of regulations.

He accused the government of ‘ramming through’ the highly-sensitive and important bill, ignoring proper process, and said extensive meetings needed to occur before rules were finalised.

“The rushed introduction of the bill meant there was no opportunity for the opposition to consider or discuss the legislation thoroughly with stakeholders and constituents,” he said.

“Getting the new laws right was critical to ensure Aboriginal heritage will be appropriately protected in a workable framework.

“We urge Labor to conduct comprehensive meetings with stakeholders early next year, to outline the rules and regulations these new laws will abide by.”