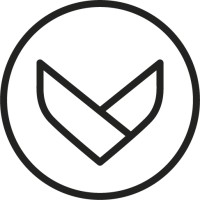 Article by the Environmental Defenders Office

The UN Committee on the Elimination of Racial Discrimination (CERD), issued a response to a request by a group of prominent Western Australian First Nations people – Slim Parker, Kado Muir, Dr Anne Poelina, Clayton Lewis and Dr Hannah McGlade – for the Committee to review the proposed cultural heritage bill.

The Environmental Defenders Office worked closely together with the authors, and particularly Dr Hannah McGlade and Slim Parker, to draft the request. Our clients asserted that the WA bill is incompatible with Australia’s international obligations on racial discrimination and sought intervention under the early warning mechanism of the Committee. More detail is available here.

The Vice-Chair of the UN Committee responded to the request on 3 December 2021 by letter directed to Australia’s Permanent Representative to the United Nations Office, Geneva (as is the custom) and received by our office on 10 December 2021. You can read the letter here. The Committee expressed concern about the ACH Bill and the process of consultation followed. The Committee noted that, based on the information it has received, it is particularly concerned about:

The Committee noted that it had previously made observations to Australia to ensure that free, prior and informed consent is incorporated into pertinent legislation and fully implemented in practice. Further, the Committee recommended Australia ‘respect and apply the principles enshrined’ in the UN Declaration on the Rights of Indigenous Peoples.

The Committee has requested that the Australian Government respond by addressing the issues raised by the Committee and providing information on:

The Committee also encourages the Australian Government to consider engaging with the UN Expert Mechanism on the Rights of Indigenous Peoples to provide technical advice on the development of the legislation and to facilitate dialogue between the government and Indigenous peoples. The Committee requests Australia submit their response by 30 March 2022.

The letter and the strength of the concerns expressed by the Committee are welcome for EDO’s clients. This is an important intervention and requires the Australian and Western Australian governments to consider their response and actions. In this context, we also note that the Final Report into the Destruction of Indigenous Heritage Sites at Juukan Gorge was released when the ACH Bill was largely already finalised. The Inquiry Report ‘encourages the WA Government to review the ACH Bill and make amendments to address… concerns’ particularly with respect to final decision-making powers of the Minister. The valuable lessons from the Inquiry process have not been incorporated into the ACH Bill.

Although the ACH Bill has now passed, our clients’ concerns remain. The UN Committee process is still on foot and our clients now await the response of the Australian Government to the Committee’s letter.