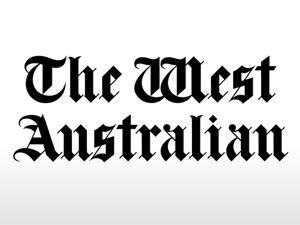 Article by Alexander Scott for The West Australian

A Kariyarra traditional owner has welcomed a workshop to show how the Aboriginal Cultural Heritage Act 2021 should be implemented but said their voices need to be heard.

It was held over two days earlier this month and saw traditional owners meet with government, industry and investor representatives to discuss how the principles of co-design should inform the implementation of the Aboriginal Cultural Heritage Act 2021.

The Act, passed in December, replaced the Aboriginal Heritage Act 1972 and is designed to ensure there is proper consultation between proponents and Indigenous groups before activities that threaten cultural heritage can go ahead.

In March Aboriginal Affairs Minister Dr Tony Buti said the new Act was a very significant reform, but regulations that determine how it operates were just as important.

“Through the co-design approach, we can be confident the future operation of the Act has been informed by the expertise and knowledge of all who have a role to play in protecting and managing Aboriginal cultural heritage from every corner of our State,” he said.

Preliminary findings from the workshop included traditional owners feeling discouraged by their past experiences of consultation processes, where their views were ignored or responses delayed.

The workshop also found for genuine co-design, culture must be central to the whole process, with timelines and processes that respect cultural protocols.

The need for support for interpreters, clear explanations of technical and legal language, and a wide variety of feedback methods were also listed.

Kariyarra Traditional Owner and YMAC director Raylene Button said the workshop provided a valuable opportunity for representatives from different sectors to talk about working together to protect Aboriginal cultural heritage in Western Australia.

“It was great to have such a diverse range of people and organisations involved in this important dialogue providing input,” she said.

“The challenge remains, however, to see if these conversations will actually translate into meaningful outcomes.

“We want the State Government to listen to what we have had to say here, just as we were open to listening to others, when it comes to undertaking its co-design approach in relation to the new Aboriginal Cultural Heritage Act.”

Ms Button said their voices needed to be heard.

“We can’t keep being ignored on matters that directly and significantly impact us and our culture like we have in the past,” she said.

National Native Title Council Chairman Kado Muir said in many respects the right frameworks have not been effectively mapped out by government to allow first nations people to effectively articulate.

“At the higher level — around the ethics and the ethical framework — we are effectively looking at articulating our rights within a corporate as well as a bureaucratic administrative process,” he said