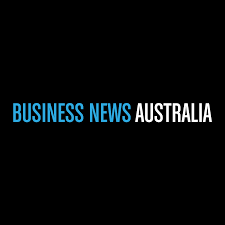 The state government has been criticised for continuing with the controversial section 18 approvals process under the Aboriginal Heritage Act – the same mechanism that led to the Juukan Gorge controversy.

The minister for Aboriginal Affairs consented to 62 applications last year, down modestly from the average of 79 over the past five years.

Newly appointed minister Tony Buti already has about 15 new applications to assess this year – including one from Rio Tinto, which blew up the Aboriginal rock shelters at Juukan Gorge nearly two years ago.

National Native Title Council chairman Kado Muir was critical of the government, especially as most of the applications have come from government agencies.

“This business-as-usual approach is a fatal flaw,” Mr Muir said.

“They have continued to prop up the system that allowed for Juukan.”

His comments follow Mr Buti launching the co-design process for the regulations that will support the Aboriginal Cultural Heritage Act.

The new Act has multiple reforms, including the scrapping of section 18 approvals.

These apply where development activity – which could be anything from repairing a traffic bridge to building a new mine – may disturb Aboriginal heritage.

The minister has acknowledged it could be another two years before the new Act takes effect.

“The whole problem is that the government has given us a long, drawn out process,” Mr Muir said.

He noted that some companies applying for section 18 approvals had engaged constructively in a manner that reflected the intent of the new Act.

One example was Liontown Resources, which is developing the Kathleen Valley lithium project.

“They have a very comprehensive cultural heritage management plan backing up their section 18 application.

“They are bridging the old approach and the new approach.

“They have done their best to minimise or not damage Aboriginal heritage sites at all.”

As a traditional owner, Mr Muir was a signatory to this agreement.

In a similar vein, Rio Tinto said it engaged in extensive consultation with traditional owners ahead of its section 18 application, which affects a heritage site near its Silvergrass East mine.

“As a result, a number of changes and modifications were made to mine plan designs to reduce impact to the creek and tributaries,” a Rio spokesman said.

They added that Wintawari Guruma Aboriginal Corporation’s board reviewed the proposed application and made specific recommendations which were included in the application.

Another recent applicant was Andrew Forrest’s agribusiness arm Harvest Road Group, which wants to build a seawall and boat ramp at Albany to support its aquaculture operations.

Mr Muir noted that the majority of applications have come from agencies such as Main Roads Western Australia and the Water Corporation.

“It seems government is the biggest user of these applications,” he said.

“How much energy and effort is the minister putting in to ensure all the stakeholders are effectively engaged with input into the section 18s?

“What practical steps are being taken to minimise disturbance?”

Mr Buti acknowledged the section 18 process was limited but said it was essential during the transition to the new Act.

“Recent section 18 consents have enabled essential infrastructure works like bridge repairs, water pipeline upgrades and new homes to proceed, with the support of the relevant Aboriginal groups,” he said.

“Without this process in place over the past two years, many of the state’s economic recovery projects and essential utility upgrades, simply would not have proceeded.”

Mr Buti said there was increased scrutiny applied to applications, and approvals were only valid for a period of five years.

“To echo my predecessor Ben Wyatt’s statement in late 2020, I won’t be considering applications for section 18s where native title parties have not been appropriately consulted.”

Mr Buti added that the co-design process has been scheduled in a manner that balances the need for the new Act to take effect as quickly as possible while maximising opportunities for participation.