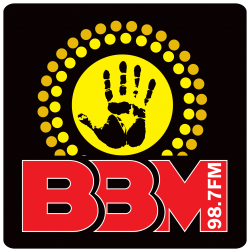 The organisers of Treaty Talks (the National Native Title Council, the Indigenous Law and Justice Hub, Melbourne Law School and ANTaR) are pleased to be presenting a great webinar event today (Thursday 10 March 1.30AEST/12 noon in the Northern Territory).

In the lead up to the event Tony McAvoy was interviewed by Queensland based Radio Station Bumma Bippera Media – 98.7FM. We thank BBM for their support.