How the Voice will help these Indigenous entrepreneurs 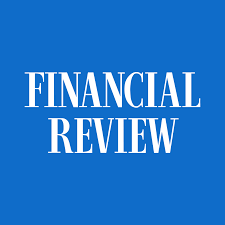 Article by Gus McCubbing for The Financial Review

A Voice to Parliament could act as a powerful force to change laws holding back the shift to clean energy and to ensure First Nations communities can share in the economic benefit from the transition, say Indigenous advocates.

Ruby Heard is a consultant working on community-led remote microgrid projects, mostly in the Kimberley region of Western Australia. The 34-year-old set up her consultancy Alinga Energy Consulting in 2018 after working as an electrical engineer with global engineering and architecture firm Arup.

Ms Heard said a Voice to Parliament, which the Albanese government has committed to pushing with a referendum, would play a crucial role in ensuring Indigenous communities could fully participate in and benefit from Australia’s renewables boom. She attended the First Nations Clean Energy Symposium in Melbourne last week.

As an example of how “laws and regulations are holding back the transition”, Ms Heard said many Indigenous Australians in the Northern Territory do not have access to rooftop solar as a way of reducing their bills because they live in public housing. Many residents pre-pay for their electricity through power cards and are automatically disconnected if they run out of credit.

“We need government support behind minimum standards of engagement. We want to be involved, so we can make sure our sacred sites are protected in the construction process and final build-out,” Ms Heard said.

“The First Nations Clean Energy Network has three pillars; community, industry partnerships and policy reform … So, we see connecting with government as being vital to what we’re doing, and having our voices heard there is extremely important.”

Chris Croker, who also attended the symposium, is managing director of Impact Investment Partners, a specialist investment manager that looks to improve social and economic outcomes for Indigenous communities.

“Greater Aboriginal and Torres Strait Islander engagement is fundamental to the massively growing clean energy industry and investments,” he said.

“It should be a win-win. First Nations can assist in unlocking new energy investments and use clean energy to address any energy security issues, opening the door for greater economic advancement and ensuring a clean energy future for our people.”

Mr Croker, a former mining engineer who is a descendant of the Luritja people of the Central Desert, said many remote Aboriginal communities were in a race to pivot away from diesel generators to renewable energy. One Northern Territory community, he said, known as Iljitjarri or Sandy Bore, was powered by solar and had been diesel-free for five years.

“Clean energy is both a tool we can use to achieve carbon reduction and climate change avoidance goals, but also just to improve the electricity situation in our remote towns and communities,” Mr Croker said.

“Some of the Aboriginal towns across the country are actually decent-sized towns, but still have questionable quality of drinking water and electricity that’s not reliable. And that impacts way of life, education, business, telecommunications – everything.”

Another major issue raised at the symposium, Mr Croker said, was native title. Kado Muir, chairman of the National Native Title Council, described the First Nations land estate as being “under siege” as the growing renewable economy required more minerals and land.

“There is an expectation by industry and government that our involvement ends with handing over our land for big development projects. This is an old and outdated way of thinking,” he said.

“We want to be active participants in the economy of renewable energy, as owners of projects, technology and power distribution into markets.

“Some traditional owners may not be well-prepared for the boom. It’s not to say, ‘you will be exploited’ or ‘stay away from projects’. It’s about preparation and awareness, in order to engage more effectively because you may end up in circumstances where it’s a rewarding, positive relationship.”