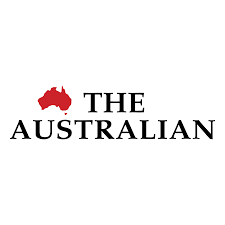 Article by Jill Rowbotham for The Australian

The federal government has dropped a High Court case to test whether it had the power to deport Aboriginal and Torres Strait Islander people who are not Australian citizens.

The case against Shayne Montgomery, who was born in New Zealand and is Aboriginal by cultural adoption, was discontinued on Thursday afternoon.

It had been brought by the previous federal government which was seeking to overturn a precedent established in an earlier case, Love & Thoms, which held that Aboriginal and Torres Strait Islander people could not be deported from Australia.

Mr Montgomery, 40, came to Australia when he was 15 and was granted a special category visa.

He was subsequently culturally adopted by a Mununjali family in Brisbane, where he is recognised by Aboriginal Elders as a Mununjali man.

His visa was cancelled while he was serving a prison term in 2018. The following year he was ­released from custody and placed in immigration detention, after which he took his case to the Federal Court of Australia to fight ­deportation.

Mr Montgomery was released from detention last year and the case moved to the High Court, which heard arguments in the case in April but had not yet made a decision.

“A delegate of the Minister for Immigration has revoked the cancellation of Mr Montgomery’s visa,” a spokesperson for federal Attorney-General Mark Dreyfus said on Thursday. “As a consequence of that decision, the commonwealth has discontinued its appeal to the High Court.

“Love & Thoms has been the law of the land for more than two years now and the Albanese government will not seek to overturn Love & Thoms.”

Special counsel Arti Chetty, for Russell Kennedy Lawyers, which represented Mr Montgomery, said he had “lost years of his life fighting to remain with his children, his family, including his parents and siblings, and his community”.

The National Native Title Council was among organisations that were heard by the High Court in the case. George Newhouse, director of the National Justice Project that represented the council, said the case was “an important step forward in recognition of the unique legal position of Aboriginal and Torres Strait Islander ­peoples and their enduring connection to country”.