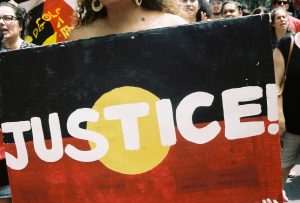 Yesterday, on the eve of National Sorry Day, it was announced that Gladys Berejiklian’s NSW government is set to cut more than half of its $5.7 million funding to AbSec, the peak body organisation working to support and prevent Aboriginal children in out-of-home care. While Aboriginal kids represent just five percent of the population, they […]

Last week the Yamatji Nation Indigenous Land Use Agreement (ILUA) was registered – a huge step for Aboriginal self-determination in the mid-west of Western Australia. The Yamatji Nation ILUA is one of the most significant native title agreements in Australia. Under the agreement, half a billion dollars in benefits will be released to native title […]