In an historic meeting held on the 17th June 2020, Aboriginal leaders from across Australia representing Aboriginal Land Councils, Native Title Representative Bodies and Aboriginal and Torres Strait Islander Community Controlled Organisations expressed their outrage at the destruction of the 46,000 year-old heritage site at Juukan Gorge and vowed to pursue national reforms to prevent […] 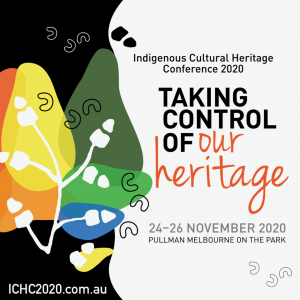 Last week, the National Native Title Council made a policy submission into the Senate Inquiry on the destruction of 46,000 year old caves at Juukan Gorge in the Western Pilbara. The cultural heritage site was blown up by mining company Rio Tinto in May, after the Traditional Owners fought a seven year legal battle to […] 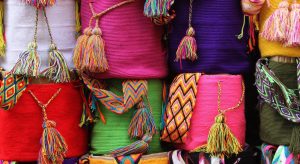 By Jaime Cuellar The cultural heritage of South American nations, which is a legacy of pre-Colombian civilizations, is characterised by invaluable archaeological, artistic, and documentary riches. Situated at the crossing point of South and Central American, Caribbean, and Pacific civilizations, Colombia possesses an exceptional cultural heritage that reflects this diversity of influences. The Cultural […]

National Native Title Council’s CEO Jamie Lowe explains how mining company Rio Tinto was recently allowed to legally destroy a 46,000+ year-old Indigenous cultural heritage site in the Pilbara region of Western Australia. The NNTC is pushing for law reform in the states and territories, and for the Commonwealth Government to adopt national standards for […]

National Native Title Council’s Deputy Chairperson, Ngalia leader and anthropologist Kado Muir explains how Western Australia’s out-dated Aboriginal Heritage Act needs urgent reform and often prioritises the interests of mining and industry over Traditional Owners. The NNTC is pushing for cultural heritage law reform in the states and territories, and for the Commonwealth Government to […]

The Right To Say ‘No’: Free, Prior and Informed Consent in a Mining Context

By Hugh Christie   The United Nations Declaration on the Rights of Indigenous Peoples (UNDRIP) mentions the right to free, prior and informed consent (FPIC) in six of its articles, but what is it exactly? And how does it work in practice?  Upholding the rights in UNDRIP is primarily the responsibility of governments, but there […] 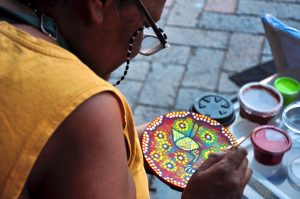 The state of Intangible Cultural Heritage in Australia

By Teina Te Hemara Cultural Heritage might be easy enough to recognise – most of us can name famous landmarks, artworks or monuments that have immense spiritual, religious or social significance to the cultural groups they belong to, or on whose land they sit, but what is Intangible Cultural Heritage? And how does it relate […] 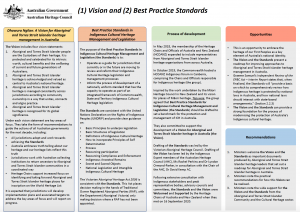 The NNTC is working with the Heritage Councils of Australia and New Zealand (HCOANZ) to encourage Australian governments to improve Indigenous cultural heritage legislation and facilitate the rights of Traditional Owners to manage and protect their cultural heritage. Two key documents have been developed: Dhawura Ngilan: A Vision for Aboriginal and Torres Strait Islander heritage […]