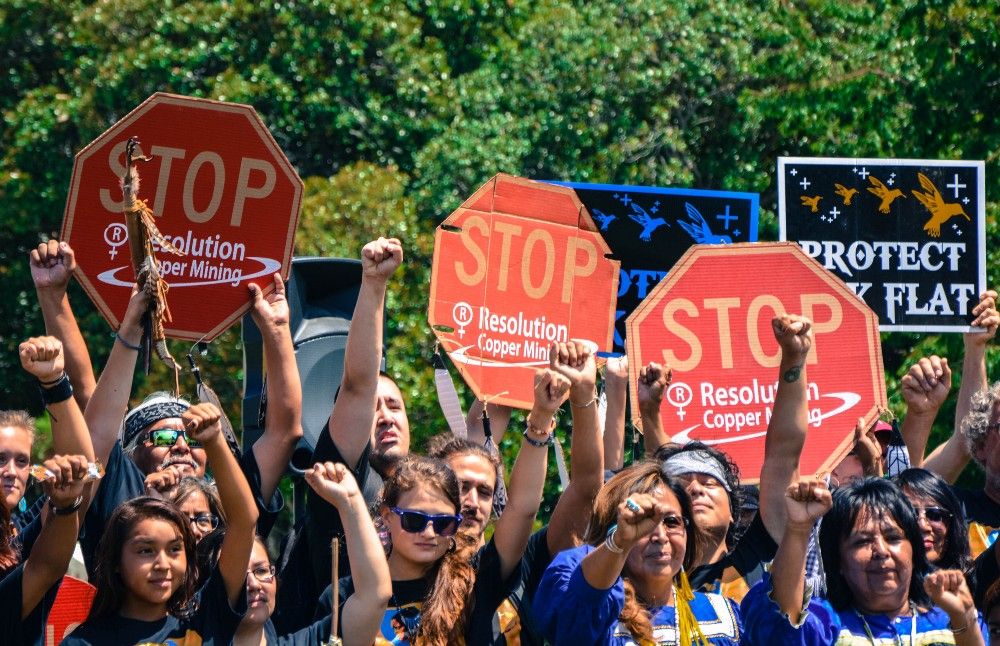 Mining companies Rio Tinto and BHP have been accused of using the dying days of the Trump administration to push ahead with their controversial copper mine on sacred Native American land at Oak Flat in Arizona US, laying bare Rio Tinto’s broken promises to never let another Juukan Gorge type catastrophe happen again.

The US Forest Service has admitted to bowing to political pressure to publish a Final Environmental Impact Statement (FEIS), which will trigger a 60-day deadline to privatise the site and turn it over to the mining companies. That publication is set to take place Friday of this week (US time), making it the first time in US history that a Native American sacred site on public land will be handed to a foreign-owned mining company, according to mining advocacy group, Arizona Mining Reform Coalition.

“Time and again mining companies demonstrate to us that they cannot be trusted to self-regulate, despite their rhetoric. Rio Tinto has left a trail of destruction at Bougainville and Juukan Gorge, and now, despite promises made by the company to overhaul its Indigenous engagement and cultural heritage practices, it is choosing to ignore pleas from Oak Flat’s Traditional Owners, the San Carlos Apache Tribe, and push ahead with the destruction of sacred land.”

“We stand in solidarity with the San Carlos Apache Tribe and urge Rio Tinto and BHP to reconsider their copper mine plans and the spiritual, cultural and environmental harm it would cause.” 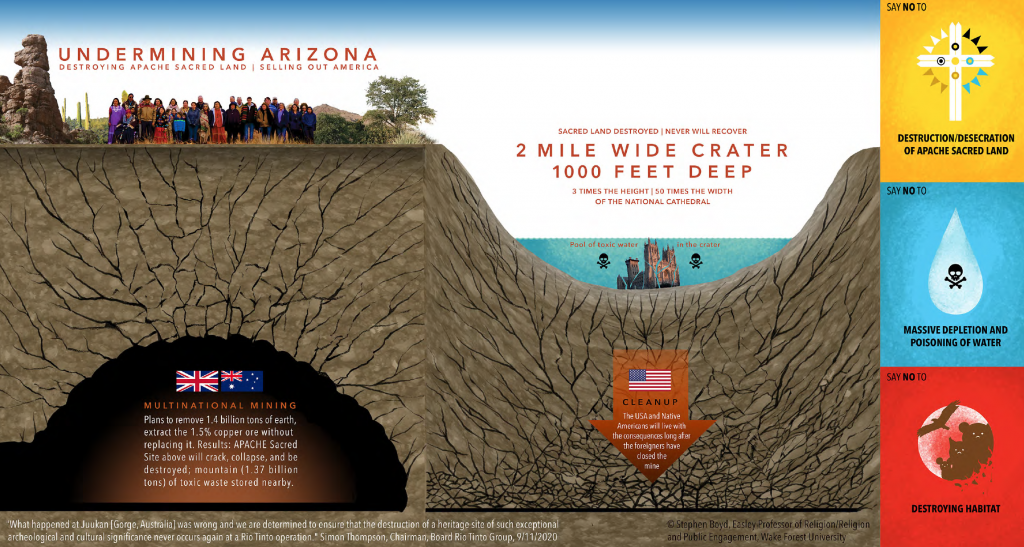